What is Phil's review philosophy? 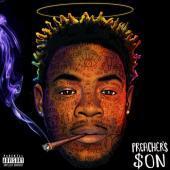 By Pochomex,
June 24, 2016 in The Hateful Truth Game Reviews