Will DSP ever hit 'Mainstream' again?

By FloydMayweather,
October 4, 2016 in General

Sorry, I just cringed reading this. Please never say something like that again.

If i were to be blunt, i don't think Phil will ever hit "mainstream" again. He's almost the definition of niche at this point and his widest reaching presence is TIHYDPs.  KOGaming will prob 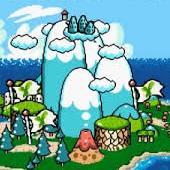 No. Period. Not trying to be negative, but he has to completely change his commentary style, learn how to network with other Youtuber's and research the field, study and learn how to become a pro