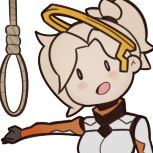 I'm going to make another very long, harsh, but (IMO) fair post. Why? I have no fucking clue. It will most likely be ignored because it's pointed but maybe, just maybe, some of this shit will finally

Some people are just INCREDIBLY stupid. Seriously. When you order a business account from Comcast, you're asked to give them a company name. You can't leave it blank, I tried and they told me I a

Well, if he is being audited (which I strongly believe it is with his revisioned thoughts of his "business" and keywords he used in the video) and they find out he hasn't been totally truithful about