Phil, we want to help you 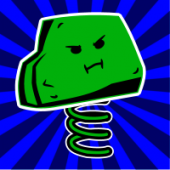 ​Nah, I don't think you have to go so far as to make the gaming or vlogging content PG to make it work, you just need to make sure you can keep yourself composed and try to simulate a lot of the posit

​II've given a pretty detailed bunch of positive suggestions to you on page 21 of the "RENAMED: How can Phil improve" thread.  Not sure if you read it yet, but if not, give it a whirl.

Recently, a user made a thread asking Phil to a debate. It did not take long at all for this thread to be closed by Phil and written off as "nothing to debate about". If this were pre-2014, I would st