Save money, remove these forums? 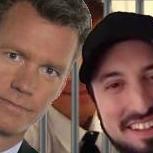 By JohnRamboandDerich,
December 17, 2020 in Suggestions