Why has Censorship Become so Ubiquitous Amongst these Forums? Or, the Reason my Much Yearned for Flag Thread was Deleted. 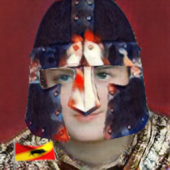