One change in attitude I'd like to see in Phil is not doubling down.

It's his stream, but Phil has often shut down any fun chatters are having especially when it doesn't involve him. Sometimes people will be joking and having a good time, then Phil pauses the game

I guess, if you count the troll post from September that you can't see above. 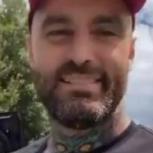 Better than having sucky fake fans isn't it?