How can I help promote Phil's channel and get more people to subscribe? 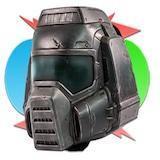 By NityPost,
June 3 in General